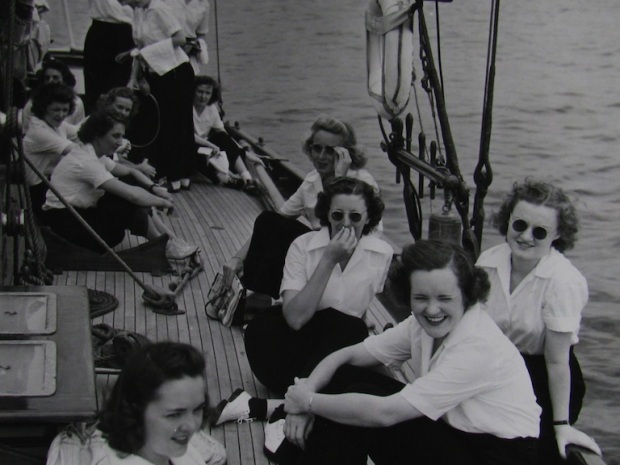 This is the closest many WAVES got to being on board a ship during the war. WAVES weren’t allowed to serve overseas until early 1945, a year and a half after this image was taken. It’s of WAVES on an excursion out of the U.S. Naval Academy in Annapolis. The photo comes from the National Archives.