Charles Darwin said, “It is not the strongest of the species that survives, nor the most intelligent, but the one most responsive to change.”  Regardless of some of the theological debates about Darwin’s theory of evolotion, it seems this particular statement has proved true, particularly in the last century.  Yet people can still be resistant to change.

Not everyone was supportive of the Navy, and other branches of government, giving women active duty positions during the war.  In a previous post Janette Alpaugh shared a story about a cold encounter with a woman who was not a fan of the WAVES. 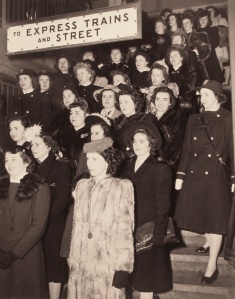 The establishment of the WAVES did not happen overnight.  The process was pioneered by several influential women.  Read more about them and the creation of the WAVES in this exhibit.