The Spanish American War would mark the first time non-religious female contract nurses would be hired by the Navy to serve ashore.The Army, meanwhile, hired women nurses to serve aboard ship on the Relief. 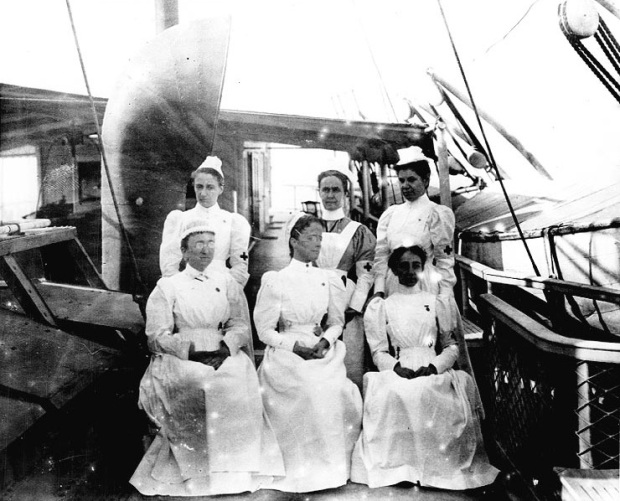 This image is of contract nurses serving in Cuban waters aboard the Army ship Relief. It comes from the collection of the Naval History and Heritage Command.