After Merrily Kurtz graduated from high school, she began working at a local department store.

Well, every girl in town almost worked in Meyer and Franks.  My first job was J.C. Penney’s. I went to a business college for awhile and got some training that way and  improved my typing. 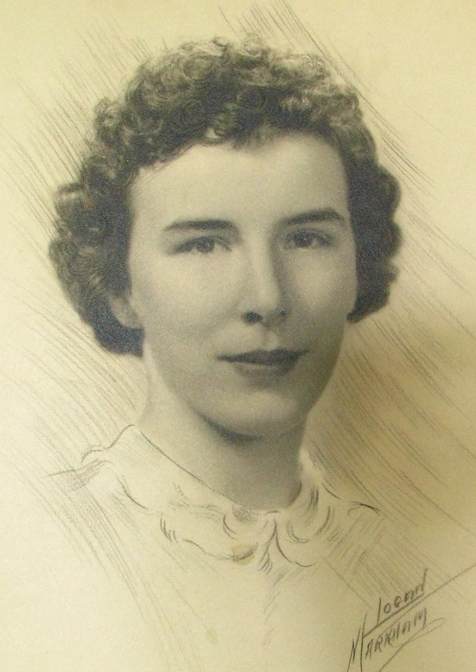 Eventually, Kurtz was hired by Meyer and Franks, but by that time the country was at war.

Just outside of the building in the next block they (the military) had their stand where the people came up for the bond drives and you know encouraged people to sign up and they had famous people come and I remember seeing the three sisters… the Andrews Sisters I guess it was, you know, and you would go out and see that stuff and hear that “Rah rah.”

The photo comes from the collection of Merrily Kurtz Hewett.