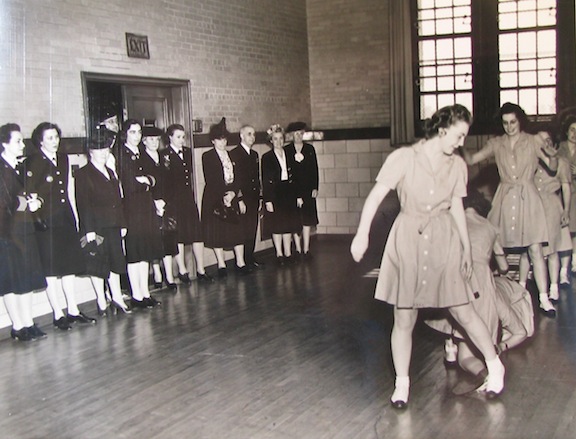 No female Naval Academy grads have ever made it to the U.S. Olympic Team, but dozens of men have, including gold medalists Carl Osborn (Rifle, 1920), Raymond Bass (Gymnastics, 1932), and David Robinson (Basketball, 1992). The 8-oared rowing teams, made up entirely of Navy men, also took home gold in 1920 and 1952.

It’s not clear if any WAVES were Olympians either before or after their service, but Wimbledon and U.S. Open tennis champ Helen Hull Jacobs was a WAVE commander in Naval intelligence during the war (tennis wasn’t an Olympic sport during the years she competed). And WAVE certainly were in shape via their exercise programs, as indicated by this photo, which comes from Radcliffe’s Schlesinger Library.