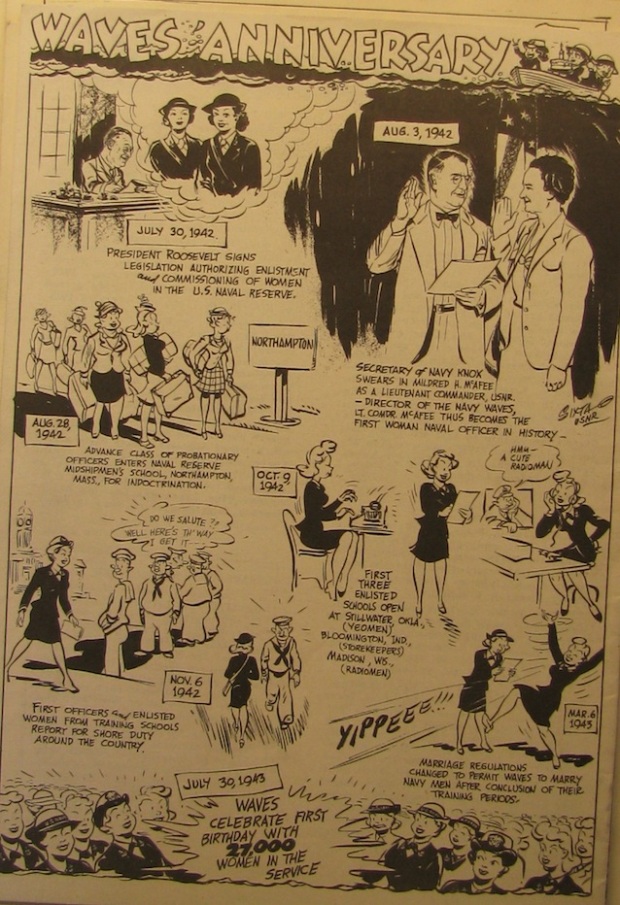 On the first anniversary of the establishment of the WAVES, this comic was published staking out their history. Take a look at the last milestone: by July 30, 1943, there were 27,000 women in the service. By the end of the war, nearly 100,000 would have served as WAVES.

This comes from the Schelsinger Library at the Radcliffe Institute for Advanced Study, Harvard University.