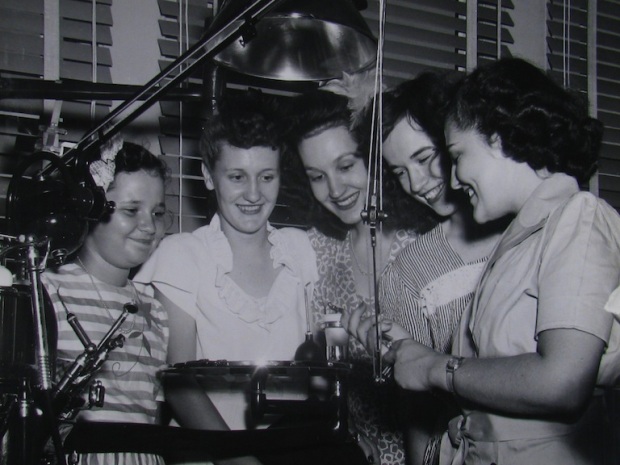 The open houses held in connection with the WAVES’ anniversary were designed to show people the extent of the work the women were doing. In this image, a WAVE shows her visitors the dental equipment. WAVES worked in Naval dental offices during the war. The photo of the second anniversary celebration at NAS New Orleans comes from the National Archives.