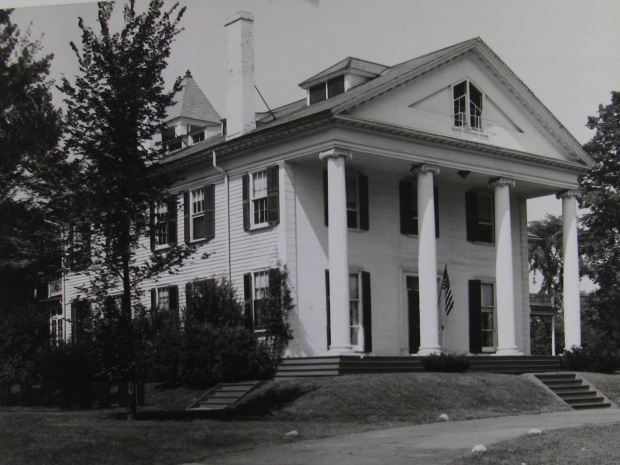 In early October, 1944, the first full WAVES officer class began training at Smith College in Northampton, MA. The women would train for their duties alongside students enrolled in the college at the time, and many of the campus buildings and haunts were taken over by the Navy. The initial officer class began in August for a compressed training session; they would be the ones training this new class.

This is Capen House, which was the principle WAVES dormitory.