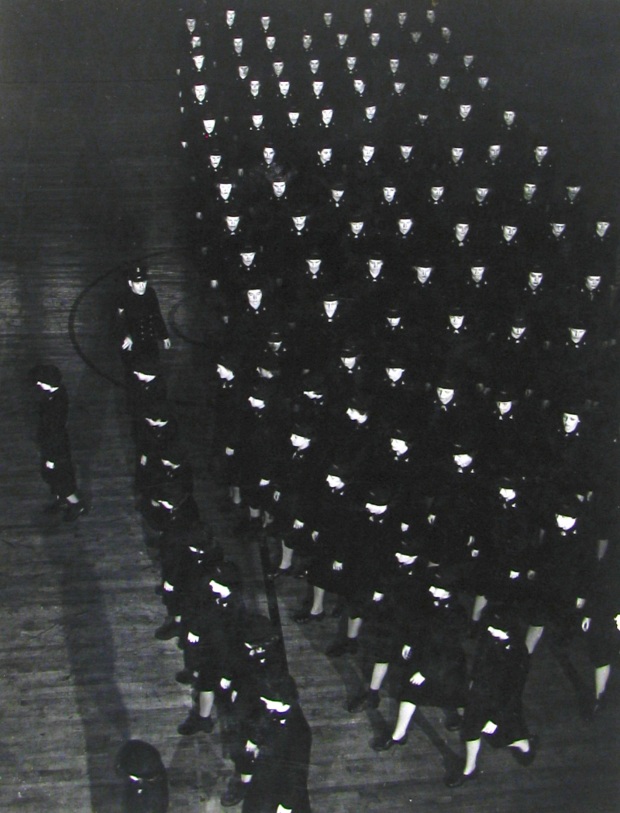 Shortly after the “combined” training facilities opened in Stillwater, Madison and Bloomington, the Navy decided a separate boot camp to train WAVES recruits would make more sense. The women could learn the Navy basics at boot camp and then move on to the other facilities for their specialized training.

Iowa State Teacher’s College (now Northern Iowa University) in Cedar Falls was selected as the first boot camp and women entered for training in the fall of 1942. The campus, however, did not have the room that the Navy would eventually need, so by February 1943 it was shifted to a yeoman training school alongside Oklahoma A&M in Stillwater. Hunter College in the Bronx, New York, surrendered its campus to the Navy for a WAVES boot camp facility through the end of the war.