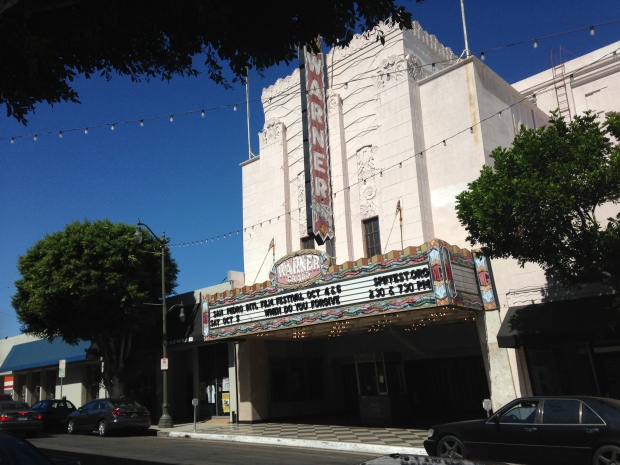 Greetings from the San Pedro International Film Festival. It was a great weekend, and we’d like to thank everyone who came to the screening of Homefront Heroines: The WAVES of World War II. The festival was held in four different theaters – the big one, pictured here, is the Warner Grand. We were in the San Pedro Theater Club, which was much more intimate (but doesn’t have the great signage).

WAVE Josette Dermody Wingo was also at the screening and got cheered by the audience.

Thanks again for the support – and back to WAVES photos tomorrow!