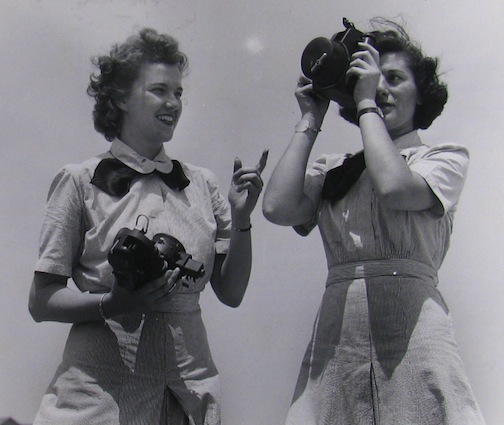 The photo corps was out in force as the WAVES anniversary approached. Here Mary Baker makes a suggestion to Ruse Nudo at NAS Norfolk, Virginia.

The photo comes from the National Archives and was published to coincide with the WAVES 2nd anniversary.