June 14th is Flag Day, the day celebrating the adoption of the U.S. Flag in 1777 by the Second Continental Congress. It was officially established in 1914 via a proclamation by President Woodrow Wilson and was reaffirmed by an Act of Congress in 1949. 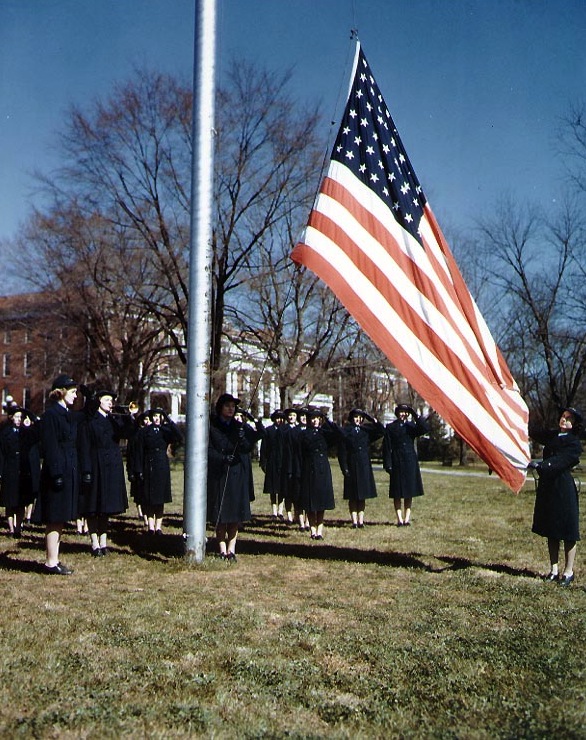 Flag Day isn’t an official federal holiday, but it is a state holiday in Pennsylvania (the only state to recognize Flag Day as a holiday).

This photograph shows the retreat ceremony at the WAVES Yeoman School in Cedar Falls. It comes from the Naval History and Heritage Command.