Jean Clark’s family eventually moved to a farm on the outskirts of the town of Stayton, OR. There was a one-room schoolhouse nearby, but her father wanted her to get a better education, so he sent her into town to live with her great-grandmother, a very strict woman who walked from Virginia (where the family was from) to Oregon along the Oregon trail right after the Civil War.

I wasn’t awfully happy with it because it was “Sit up.”  “You have a backbone you know.” And “Young ladies do not cross their legs. If you must cross anything, cross your ankles.”  And then one day I came home, I began to realize she was of a different ilk.  I mentioned that today was Lincoln’s birthday.  “Oh!” she said, “He freed the slaves and ruined the south!” So you knew where she was coming from. 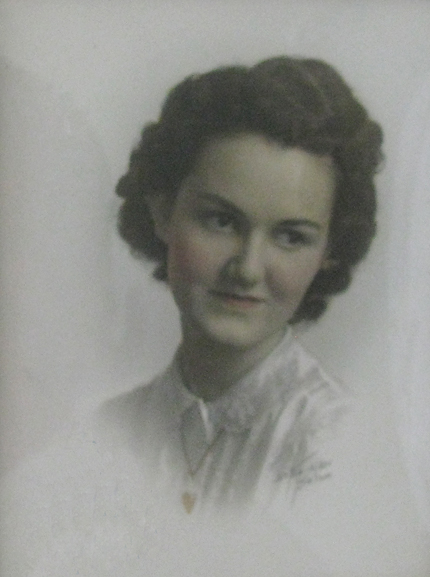 Clark was a talented student. She got a scholarship to Reed College in Portland, but her father wanted her to go someplace less experimental, so she ended up at the Oregon College of Education in Monmouth, OR (now Western Oregon University) when she was just 16. She completed her Bachelor’s Degree in three years instead of the usual four and became a teacher.

This photograph comes from the collection of Jean Clark.