The first class of WAVES officers were gathered on special recommendation from people who knew the women who would serve. This was done to make sure that the Navy had women in command who were, in essence, a “known” quantity: women who held certain values, were smart, driven, and would represent the Navy well. 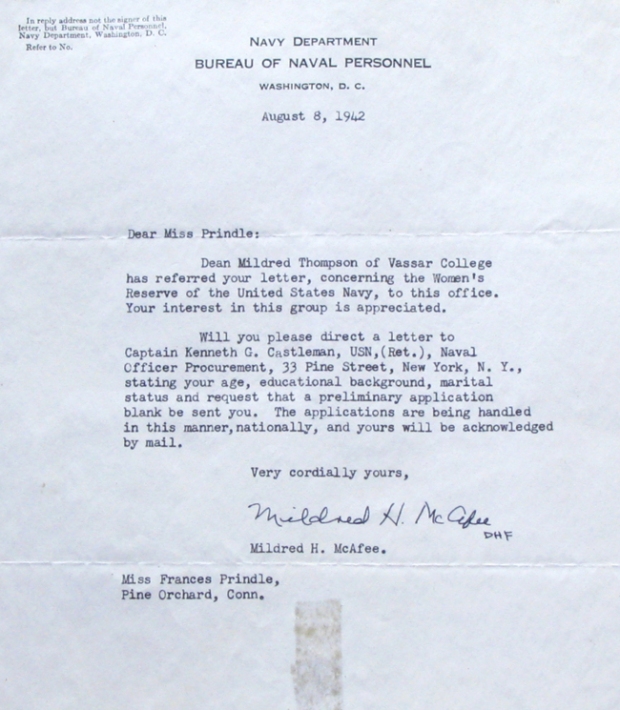 Franny Prindle was one of those women. This is the letter she received from WAVES’ leader Mildred McAfee, inviting her to become a WAVE officer in August of 1942. Prindle was recommended by Vassar College Dean Mildred Thompson, a woman McAfee knew personally from her tenure as dean of Wellesley College.

Prindle returned the application and was a member of the first WAVE officer training class at Smith College. She remained at Smith for the duration of the war, training other officers.