WAVES (and also the Coast Guard women, the SPARs) were able to be based not only to Hawaii, but also to Alaska and selected Caribbean locations. 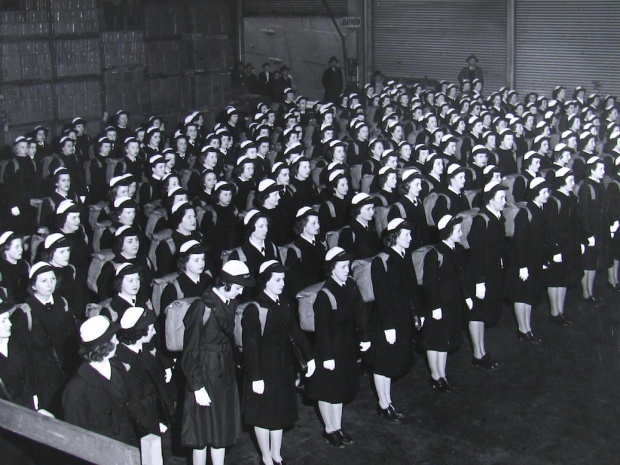 They opened it up for women to go overseas, which was Hawaii and Alaska. And I didn’t want to go to Hawaii. I grew up on the ocean (in Oregon).  I didn’t want to go see the ocean. So I elected to go to Ketchecan (Alaska).  I was in Ketchecan for, I don’t know, six weeks. I was there long enough to turn around and come back to Seattle.

This image shows the first contingent of WAVES packed and ready to go ship to Hawaii in January of 1945. It comes from the National Archives.