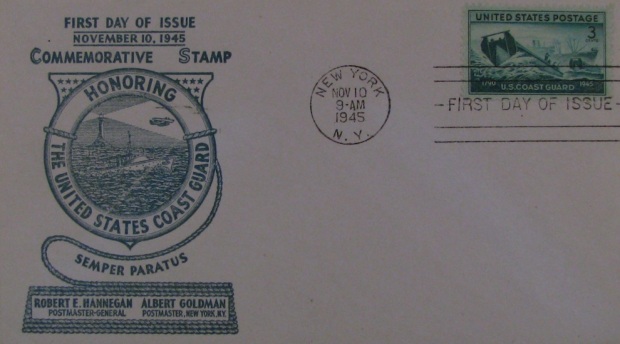 This is a photo of a commemorative stamp honoring the U.S. Coast Guard. It was released after World War II had ended, on November 10, 1945. The Coast Guard itself was originally founded on August 4th, 1790.

The stamp comes from the Better H. Carter Women Veterans Historical Project at the University of North Carolina Greensboro.