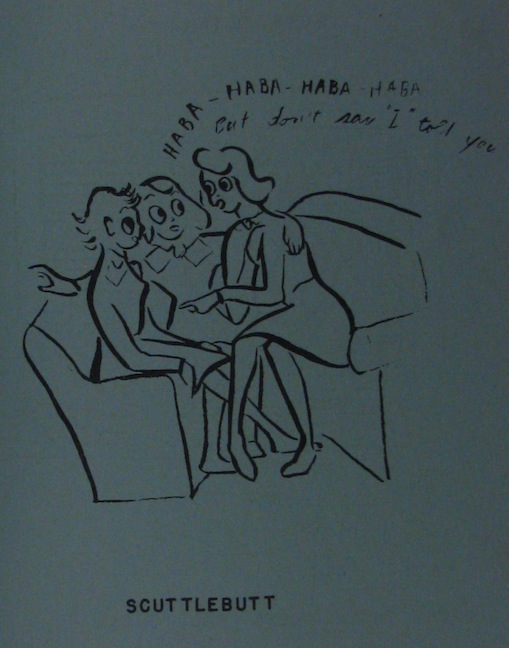 Scuttlebutt in slang usage means rumor or gossip, deriving from the nautical term for the cask used to serve water (or, later, a water fountain).[1][2] The term corresponds to the colloquial concept of a water cooler in an office setting, which at times becomes the focus of congregation and casual discussion. Water for immediate consumption on a sailing ship was conventionally stored in a scuttled butt: A butt (cask) which had been scuttled by making a hole in it so the water could be withdrawn. Since sailors exchanged gossip when they gathered at the scuttlebutt for a drink of water, scuttlebutt became Navy slang for gossip or rumors.

This image comes from Marjorie Sue Green’s booklet From Recruit to Salty WAVE! The Ordeal of Seaman Green held by The Betty H. Carter Women Veterans Historical Project at the University of North Carolina Greensboro.