Lots of Navy photographs show the WAVES marching or standing in formation. And many of the women we’ve talked with shared these pictures, telling us that they were there. 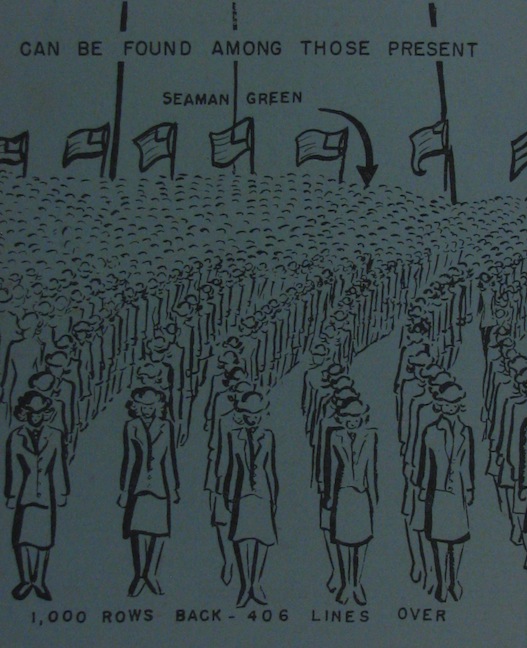 The trick, as Marjorie Sue Green so humorously illustrates in this image from her booklet From Recruit to Salty WAVE! The Ordeal of Seaman Green, is to find the individual woman in the sea of WAVES. Some women actually circled themselves. For others, we weren’t so lucky.

Green’s book is held by The Betty H. Carter Women Veterans Historical Project at the University of North Carolina Greensboro.