The plan was to not blog until after Christmas. After the holiday season. After the rough edit of the film was done. A few blogs were stashed to release between now and Christmas (all done, like our Christmas shopping, thank you) and on Christmas Eve-eve there would be a link to the YouTube channel clip of our holiday card.

Then came this post from Feminist Frequency on the creepiest Christmas songs of all time:

Wait –  Baby It’s Cold Outside is creepier than Santa Baby (which is about crass commercialism but fun in a campy sort of way when sung by Eartha Kitt)?  And it’s rapey?  Really???? 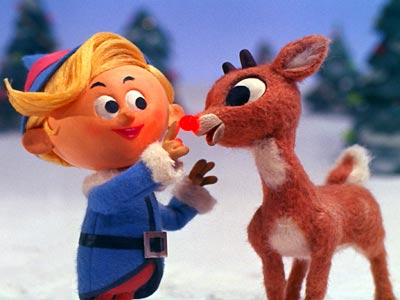 Of course, this sort of argument is just another staple of the holiday season.  Consider it the Rudolph the Red Nosed Reindeer of the feminist set. As predictable as people fighting it out during Thanksgiving Day sales or wondering as a kid if your aunt/uncle/grandmother/grandfather really understands what it is that you want for Christmas. Or even understands you.

But it’s not even as if there is any clear cut consensus on in the feminist trenches. There are arguments that since she says “the answer is no” and he continues to try and convince her otherwise, that means the guy is a predator. Or that the line “say, what’s in that drink” means that he’s slipped her a date rape drug (uhm, sorry, Rohypnol was developed in the 1970s; the song dates back to the 1930s). Or that we’re all misunderstanding things and need to take the lyrics in their entirety and not excerpt phrases here and there. Or that while the Dean Martin version is fine, it’s the Zooey Deschanel duet with Leon Redbone that is REALLY creepy.

So since our plan is to post our holiday greeting not only using Baby It’s Cold Outside but featuring pin-ups, we though we’d need to explain a bit.

Let’s start with the notions of flirtation and sexuality in the 1930s and ’40s. While in 21st-century America “no means no,” we’re also living in a time of extreme freedom for women in terms of sexuality. Tabloids speculate if America’s favorite (unmarried) Friend is pregnant. Teen Mom follows the travails of unwed teenage mothers. An episode of Glee is all about the virgins in the club loosing their virginity.

In other words it’s not a taboo for a woman (or even a teen girl) to have sex outside of marriage. 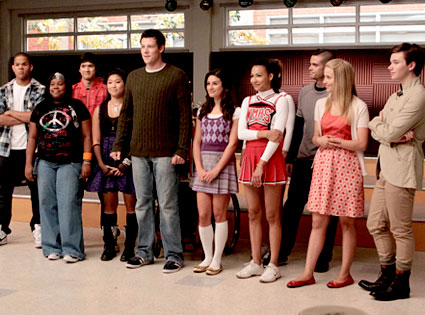 That wasn’t the case in the 1940s. It wasn’t that women didn’t have sex – it was that they didn’t talk about it. Or admit (at the time) that they liked it. “Good” girls needed to be “convinced” by their boyfriends to stay the night, and worried if they did what might happen to their reputation afterwards. Slay Belle offers a very compelling argument to this point in her post on Persephone.

Assessing the “rapey-ness” of the song outside of its temporal context is ignoring something academic-types call “historicism”: the idea that you need to judge something within the cultural and social context when it was created. In other words, we can’t call Baby It’s Cold Outside rapey in the 21st century  because by 1930s standards it may not be.  It may be a song about a flirtation ritual with its own rules and expectations – a ritual we have abandoned in our modern world.

Ditto the idea of pin-ups. As Maria Elena Buszek has persuasively argued, pin-ups were seen by women in 1940s culture as not some over-sexualized representation, but rather as a way to express their (forbidden) sexuality. Women made their own pin-ups and shared them not with their boyfriends but with each other. They read Esquire and appreciated the Petty and Varga-designed centerfolds.

A far cry from the world of Rudolph where the men (human and reindeer) need to “get the women back to Christmastown.”

So yes, we’re using Baby It’s Cold Outside with 1940s-era pin-ups for our holiday greeting – not as a way to reinforce sexual stereotypes (man as predator, woman as victim; man as “beholder of the gaze” and woman as the one gazed upon), but rather as a way to challenge those very norms. To make us think if a woman can seemingly relinquish control to a man – while actually being very much in control of what is happening and when. To celebrate the season  as well as the powerful women we’ve come to know as Homefront Heroines.

Can a pin-up be a form of sexuality and female empowerment? We’d love to know what you think.

Oh, and Zooey, we personally love your duet and think you’d make a fabulous narrator for the film. Have your people call our people.

Yes, we’re taking a line from the upcoming PBS series in today’s missive. But the announcement in the wee hours of the morning (local time) that a trio of women campaigning for peace in Africa and the Arab world had won the 2011 Nobel Peace Prize made us think that this is a good topic for today.

Ellen Johnson Sirleaf of Africa is Libera’s first elected female president (a feat we have yet to accomplish in the United States) and her choice is controversial. She’s a leader who is in the midst of a heated election campaign in her home country and who is much more admired abroad than in Liberia. Her fellow countrywoman, Leymeh GBowee, is the head of the Women for Peace movement, and was lauded for reaching across religious boundaries to unite Muslim and Christian women against the warlords who dominate Liberia. The third woman, Tawakul Karman of Yemen, is a pro-democracy demonstrator who was instrumental in the events of the Arab Spring.

So why should a blog about World War II veterans concern itself with peace prizes? Because these women, like the women we’ve talked to about their World War II experiences, were agitating for change. Some saw their wartime roles as a temporary sacrifice which would ultimately result in a shorter war, others saw joining the military as a way to prove that women could to the same work men did (and get paid the same).