Part of learning military protocol for WAVES including marching in formation. At Smith College, the officers in training marched across the fields on the Smith campus, led by officers like Franny Prindle Taft. 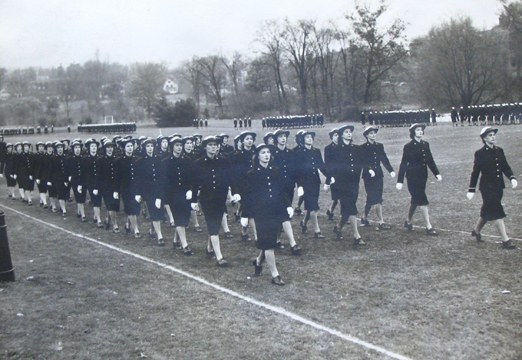 You have to go down by the waterfall to get down to the fields. And hupping the troops over the waterfall. I lost my voice then and it’s never really come back … went down and octave and stayed there.

Taft also remembers marching in formation for dignitaries who would come to visit and learn about the WAVES, such as First Lady Eleanor Roosevelt.

WAVES stayed in dorms on the Smith College campus when in officer training at Northampton, but they ate all of their meals at the Wiggins Tavern in the historic Hotel Northampton. Wiggins was an area landmark and popular with locals, but it became WAVES-central during the war. 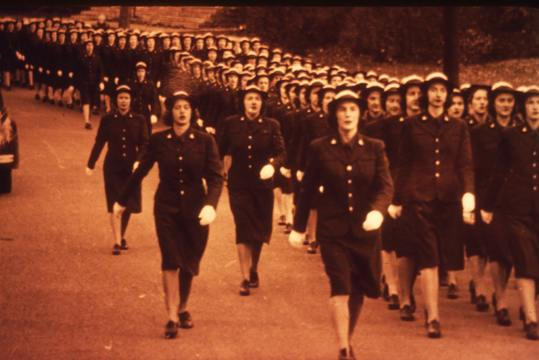 Franny Prindle Taft says she was named as company commander when at Smith. That meant it was her job to get the troops the half mile from the campus down Main Street to Wiggins on King Street three times a day to eat – and then back again after the meals for training or to quarters.